skip to main | skip to sidebar

Change in my life due to sudden quirk of fate 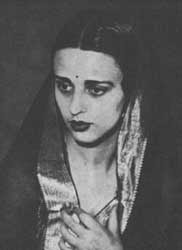 My wife is suffering mentally. She lost her mind. Which ,in a sudden quark of fate completely transformed my life. In this transformation I came to look after our child. I left my active life and put all my energies to parenting. In the process learned the hard way that parenting is a very serious subject and needs absolute dedication. During this time, most of my so called friends, relatives deserted me. I went through months of grief and anger. Fortunately the way I tried to mask my pain was through sheer dedication. The only companion I had in this hour of need was the companionship of God. I was anxious for nothing, but in everything by prayer and supplication with thanksgiving was expressed and I also let my requests be made known to God. There are some advantages in belonging to this world. Suffering makes us struggle and reflect about what we believe and what life means. This struggle makes us richer, deeper people. We learn things about what's important in life that can only be learned by suffering. My own suffering has given me compassion for others.

My wife and how we met 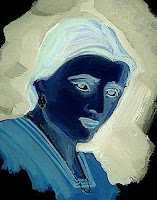 My wife is Alokananda Kumar. Yes, it has resemblance to my name. Aloke and Alokananda. Aloke means the source of light , the sun. Alokananda is the feminine and also the name of a meandering river in North India. She is also called Paula. Very British , but not so up-tight.She is a poet in her own right and has published work. Ours is a love marriage. We 'met' over phone. I worked in a newspaper in Calcutta . The Telegraph. She called up for some help. This was the begining. We started talking over phone. This went on for a very long time. I did not want to meet. I thought this was very romantic. Talking over phone ...for hours with someone ....endlessly and sometimes through the whole night was really text-book romance.This went on for a very long time. She wrote poems and we discussed. She told me that she felt confined in her house and this was an opportunity of expression.Sometimes I shared the headlines of the next days paper to which I was privy too. And while we talked till wee hours in the morning , the newspaper reached her door and there it was ....something we were just discussing. No I was not a reporter. I was in Newspaper Management and looked after the viability of the publications. 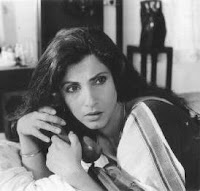 To be very frank why give up all this ........so very out of the world and trade it with reality.Alas this did not last long......around a year. She would not listen to my reasons......we met.This later became the theme of a film in Bengali by the famous film director , Mrinal Sen....named Antareen(The Confined). In the film they did not meet but crossed path in the end without knowing each other.As I told you, We met...and that was the begining of a very romantic and unique relation.

The photograph here is from the film 'Antareen'(The Confined).The Actress is Dimple Kapadia.

The futile attempt for a genuine identity 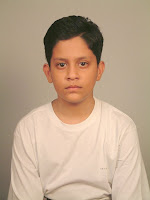 I think myself as an accomplished professional, who, in the middle of his career, ceases to speak. “Speak”, not in the literal sense, but in the sense of actual feeling and communication. I find it useless to talk to people around me and I decide to hibernate. I distance myself from friends and associates and refrain from actual expression. In most case I hide my feelings. I found it meaningless to give vent to my experience of so many years and I retreat. I refuse to share my years of experience and wisdom. There is nothing physically or even psychologically wrong with me …I have simply, consciously decided not to “speak”. I am going through a soul-searching exercise. I call this a stage of “neutralization”.

The only persons with whom I sincerely, genuinely keep communication flowing are; a child - my own son with whom I live, a seer-a swamiji, who inspires me everyday to build a Vedic University and a head of a NGO, who takes care of children, of the lesser god.

My son and myself are ideally suited: a talkative, candid, and inexperienced child, and a sophisticated, enigmatic, and experienced grown-up. They take walks, bask in the swimming pool, and study together. It is obvious that our relation has cultivated a sense of bonding between us. My son talks incessantly about his school and friends unburdening all his thoughts to the attentive father. 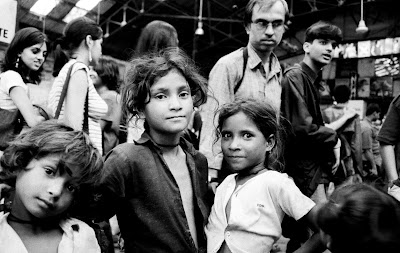 It is obvious that my interest is more than mere politeness as I am in fact, chasing my own identity - the futile attempt for a genuine identity that I have tried to create for myself, struggle for absolute transference - the proverbial battle for the soul - it is a means of further divorcing myself from the pain of realizing the false façade that is created in relations. I realize the complex depiction of human frailty, cruelty, and identity.

I, having sincerely tried to live the role of a professional, husband, and friend, and have decided to abandon this and walk off from the everyday living and acting.

The World According to Garp

My father died , when I was young. I joined a job early. In an advertising firm. There I had an associate, whose name is Rajiv. Rajiv Agarwal. A very decent man. He gave me a book to read . I think its name is "The World According To Garp". I think for some reason or the other the image of a frog leaping across struck me from that book. A frog desperately trying to come out . The image comes to my mind very often. Rajiv was a perfect gentleman. He left Calcutta soon. I was in touch with him for some time and then lost him to the world. He is now a very famous Admam in Bombay. This book , if I remember,was about relationship. Rajiv, in fact was the first person to underline to me the need of strong relations. In those days the word relationship as used today had not been coined . Not in the sense of Relationship Banking etc. etc. Come to think of it , maybe Rajiv coined it during his tenure as an adman. I don't know. Maybe I 'll check on it.

I decided to pursue my dream of being myself......

I am a single parent with the sole objective of taking care of my child. And off course in the process to develop myself as a value oriented human being. I haven at the brink many a time when I have thought that this is the end. I will not survive after this. But I have always found that things happen and events turn. I do not know how. The only way I can explain this is providence. Some kind of intervention from the almighty.

Currently, I am a full-time professional looking after the Corporate Communications for a large group. Since returning to mainstream, about two year ago, I have become a recluse in a way, as it is more like living in a cloister. Most people I meet do not understand why I should make so much of an effort to look after my child. Would it not have been better to push him to some boarding school and be free? I fail to explain to them that is the easiest thing to do. But at the end I would have had a child who would have been suffering, having had a traumatic childhood. I wish to keep him with me and take care of him. 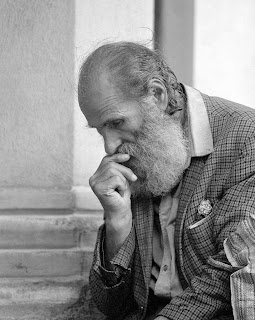 My grandfather was a man of character. He was tall, handsom and very fair. He had an air of aristocracy around him , though all his fortunes from a departmental shop that he had inherited from his father, had evaporated with the sale of the establishment.

I had heard stories of W N Kumar at the crossing of one of the busy roads of Calcutta and how it stocked the best of items in those days ranging from Huntley Palmer’s Biscit to Swallow Toffes. When I caught up with him , he was the grand old man of the house, the patriach . 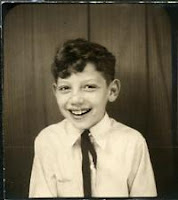 He got up early in the morning and was the first to be handed the copy of the morning paper ‘The Statesman’. He read some parts of it loud with his mornin cup of tea. I presume to impress all and sundry of his understanding of the English Language. And also to impress on us young souls, the finer nuance of the language and the diction.I remember him impressing on my brother Ashoke, who happened to be his favourite , the value of reading the newspaper loud and clear every day. And so he did, which all of us next of kin followed. In fact the man who paid for the paper, my father was the last to get hold of it , after everybody had finished, around mid-day to spend some time with it and fold it neatly for archival value. In fact, all newspapers were preserved, like nobody’s business, as they do in the Library and many a friend of my father came to read it in his library. I remember one such gentleman Mullick, who lived across the road spending his weary afternoon reading and discussing varied subjects under the sun with my father.

As the story goes, my grandfather was responsible for our education in a way. He is to be credited, as in one of his sojourns in Park Circus maidan he discoverd that an English School was being built , and that too by the missionaries.He enquired and true to his findings it was an Italian Missionary School, Don Bosco . That was the beginning of our formidable education stint in one of the best schools in Calcutta. My brother Ashoke was one of the first student to get enroled in the School and us two brothers followed.

“Come and sit over here by your Dadu,” he said and motioned to the empty space next to him on the deck swing. My brother picked up the peanut packet and sat down slowly, careful not to spill the brown pellets. “You’re doin’ real well down at Don Bosco. Good thing because there isn’t another God damned any good school nearby . You must learn English, for that will keep you ahead of the others. And English he learned . Not only him, all other brothers and sisters to some extent or the other. Till date I ponder on these words. 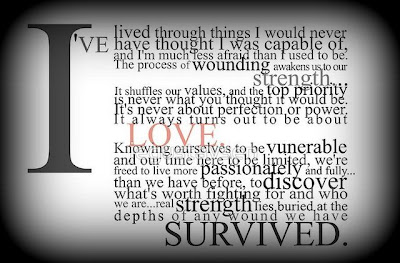 Anything that is not autobiography is plagiarism

Pic of me and my son

Aloke Kumar
Calcutta (Kolkata), Bengal, India
I am a mid-aged professional having diverse interest.From Parenting to Painting. From Communication to Computers.From Gardening to Garnering….My wife is suffering mentally. She has lost her mind. Which ,in a sudden quark of fate completely transformed my life.

The content of this site is protected by copyright. Any reproduction, modification, publication, transmission, transferor exploitation of any of the content, whether in whole or in part, without express written permission is prohibited.
Copyright © 2008,2009 Aloke Kumar